The FCS-152 is a visual clone of the PRC-152. Largely meant for airsofters, this caught my eye because

While using it, it’s also potentially interesting because the MCU appears to be able to generate beeps and put them out over RF - and the code appears to interact with the RF module through a DAC/ADC setup, which suggests we might be able to implement things like APRS, or possibly more depending on how filtered the FM baseband is.

Also, it appears to be made by a ham - BG7IPY. Nice! The marketing explicitly promotes this device and its open source code for amateur radio operators.

With the front plate and HMI lifted off, showing the main board. ESP32 has a uFL cable for the WiFi antenna.

There is a TON of extra space in here. 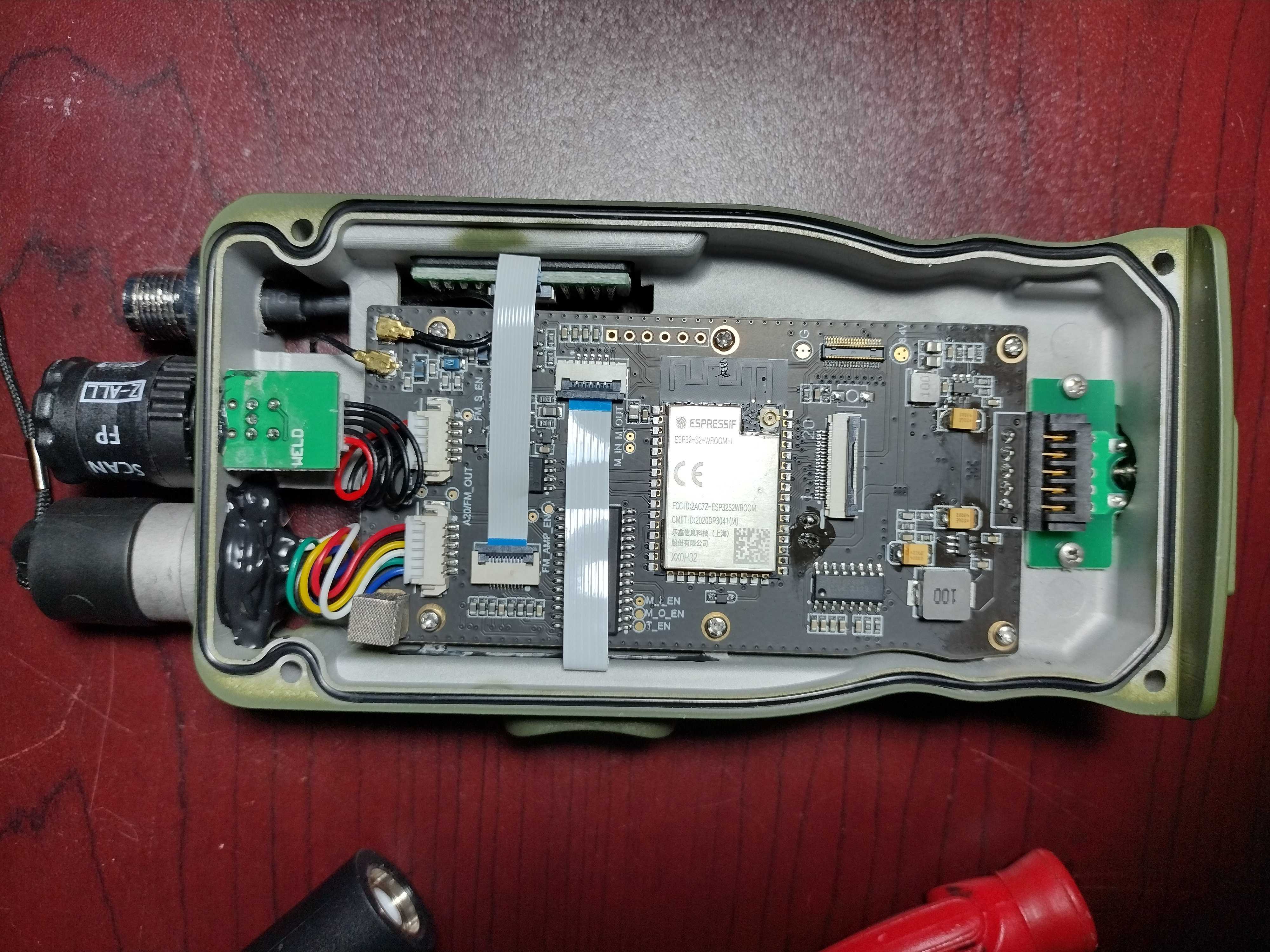 The HMI and front plate. Note the uFL cable for the WiFi. 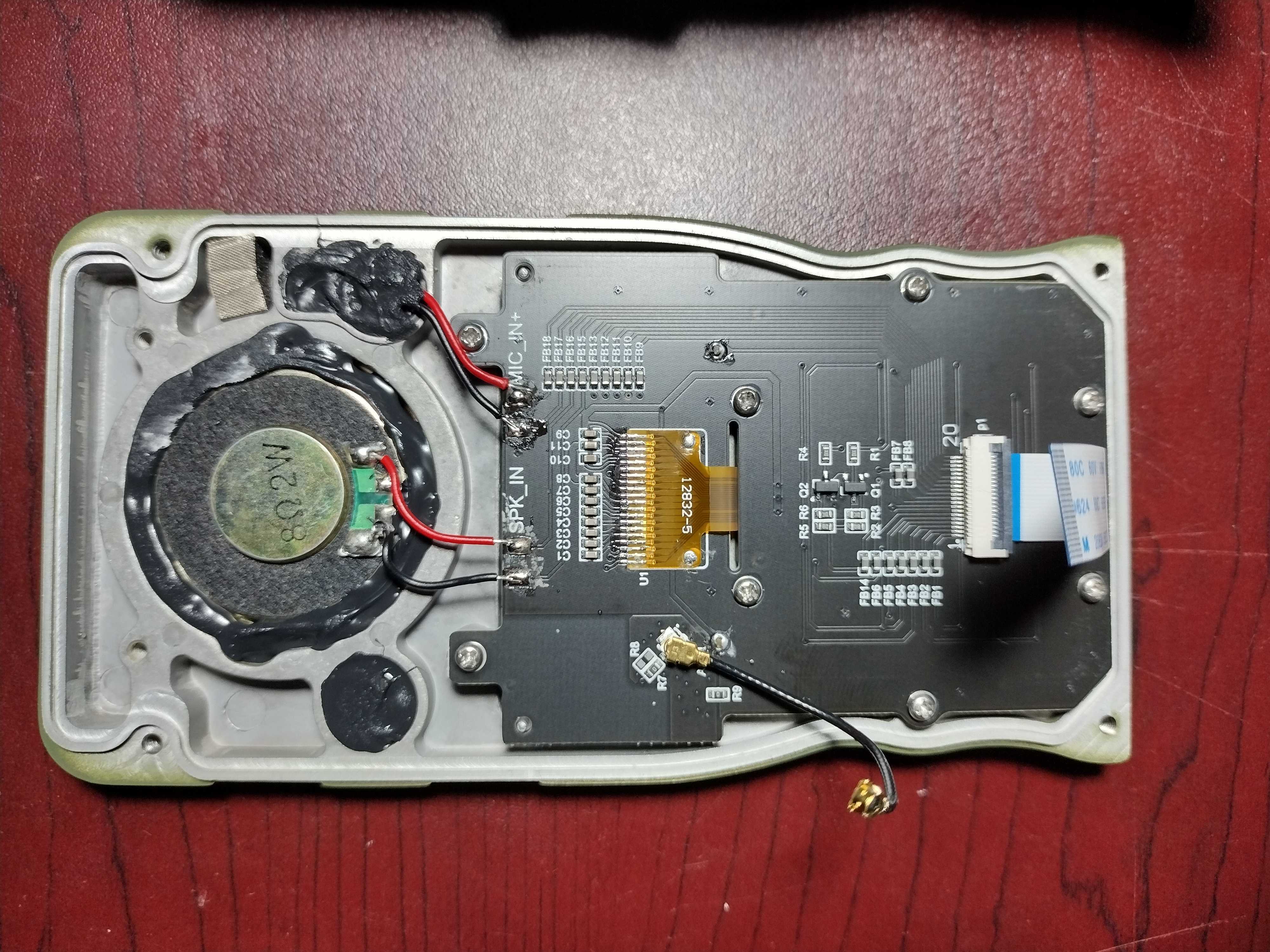 The radio with the black plate removed, showing the RF module 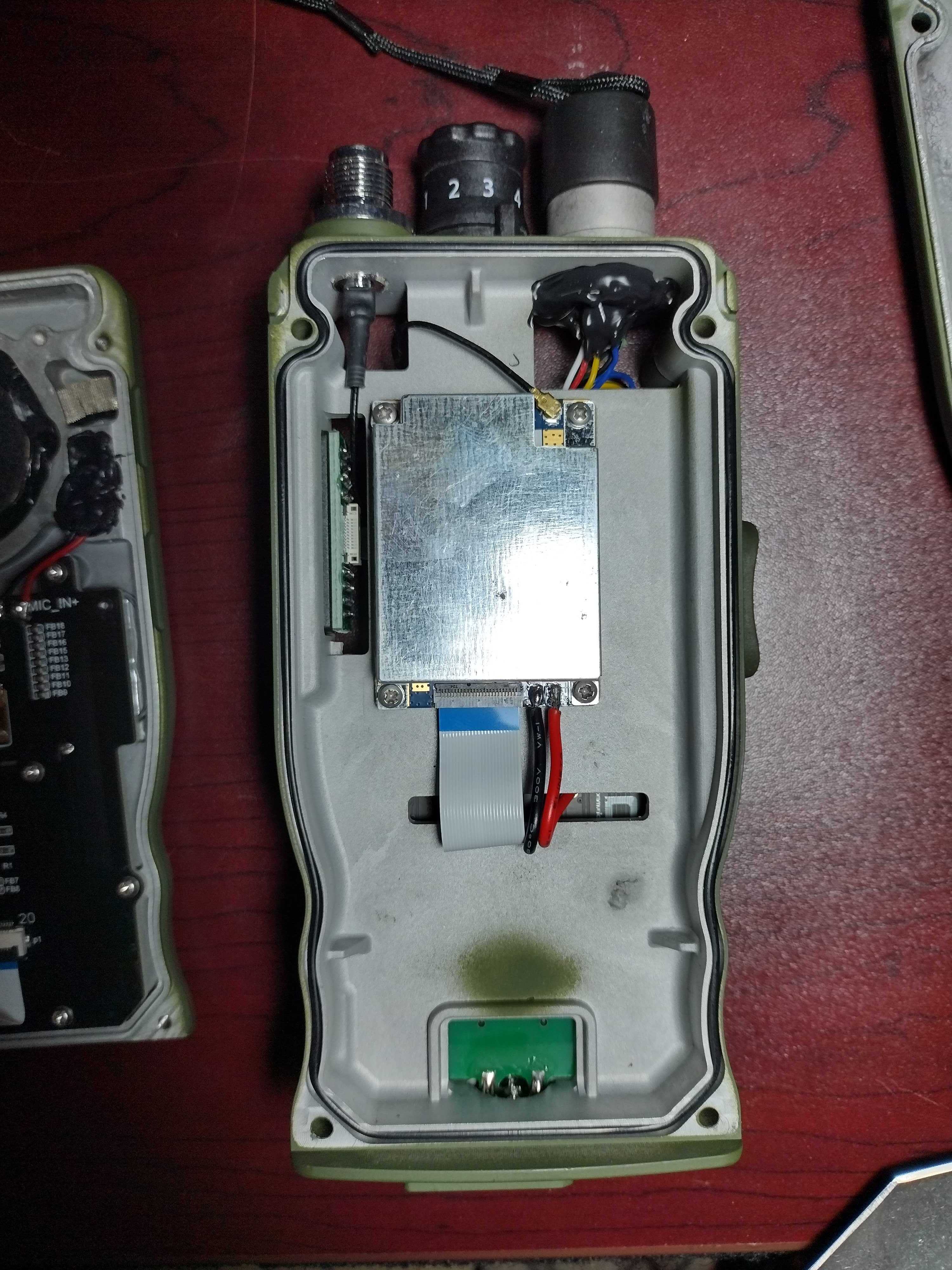 Close up of the chip above the ESP32. This appears to be an IO expander.

The RF module board top, with the RF shield removed. I don’t know what a SWD6801D is, but the STM32F101 (well, a clone of it, I think) is clear enough. BG7IPY says we don’t have the source code for that, which makes sense as FCS likely just purchased it as a module. 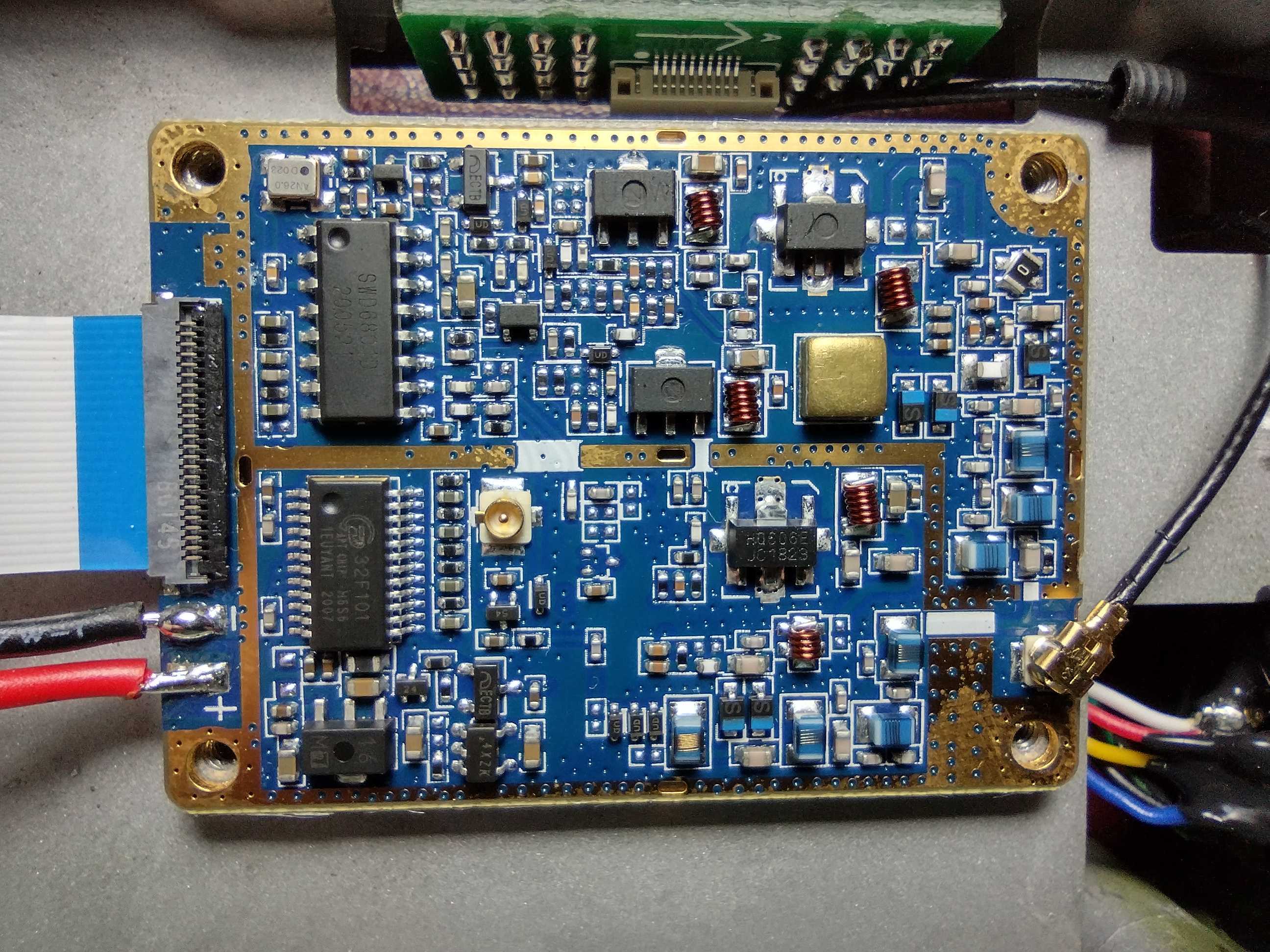 Back of the RF module 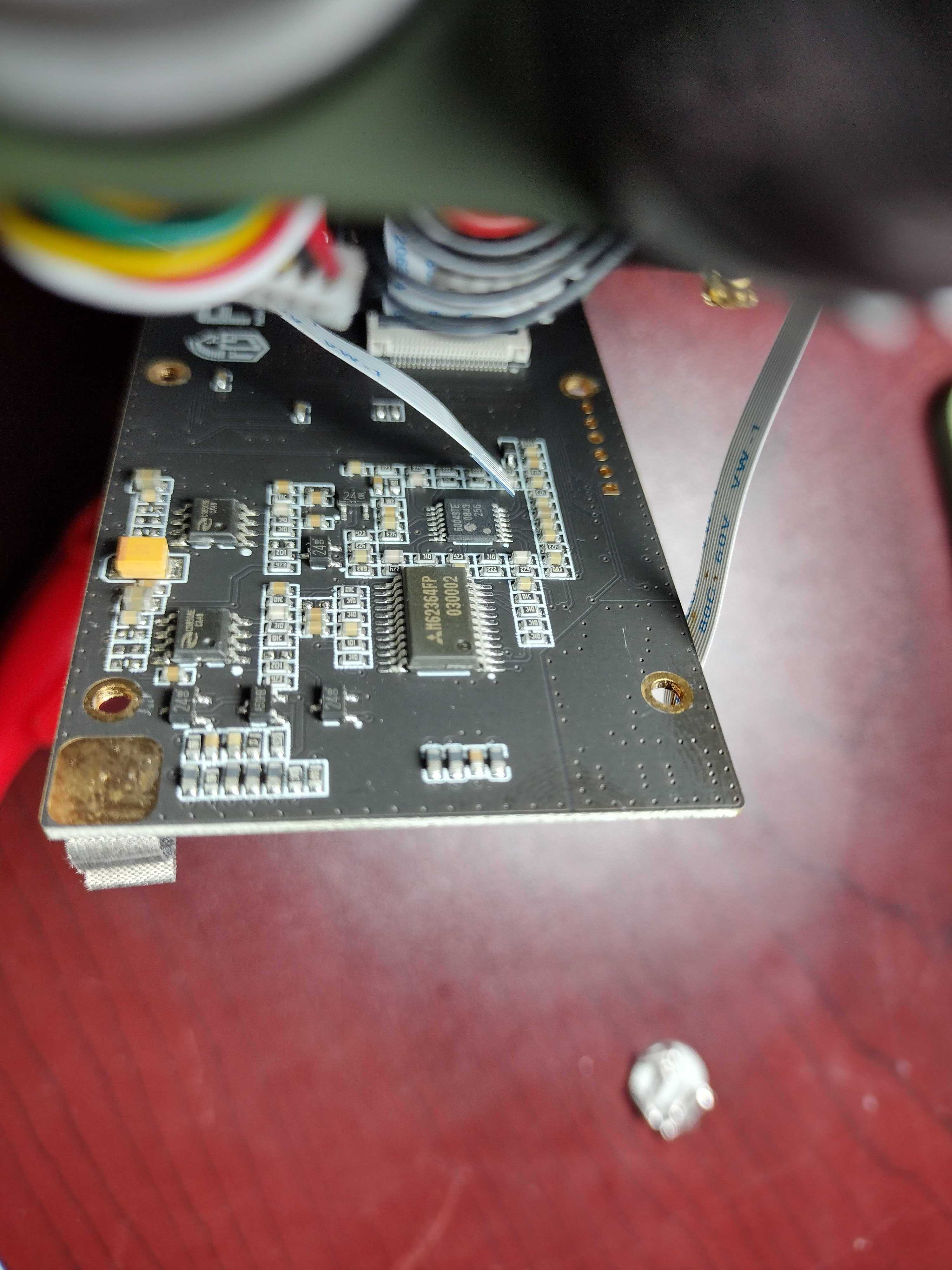 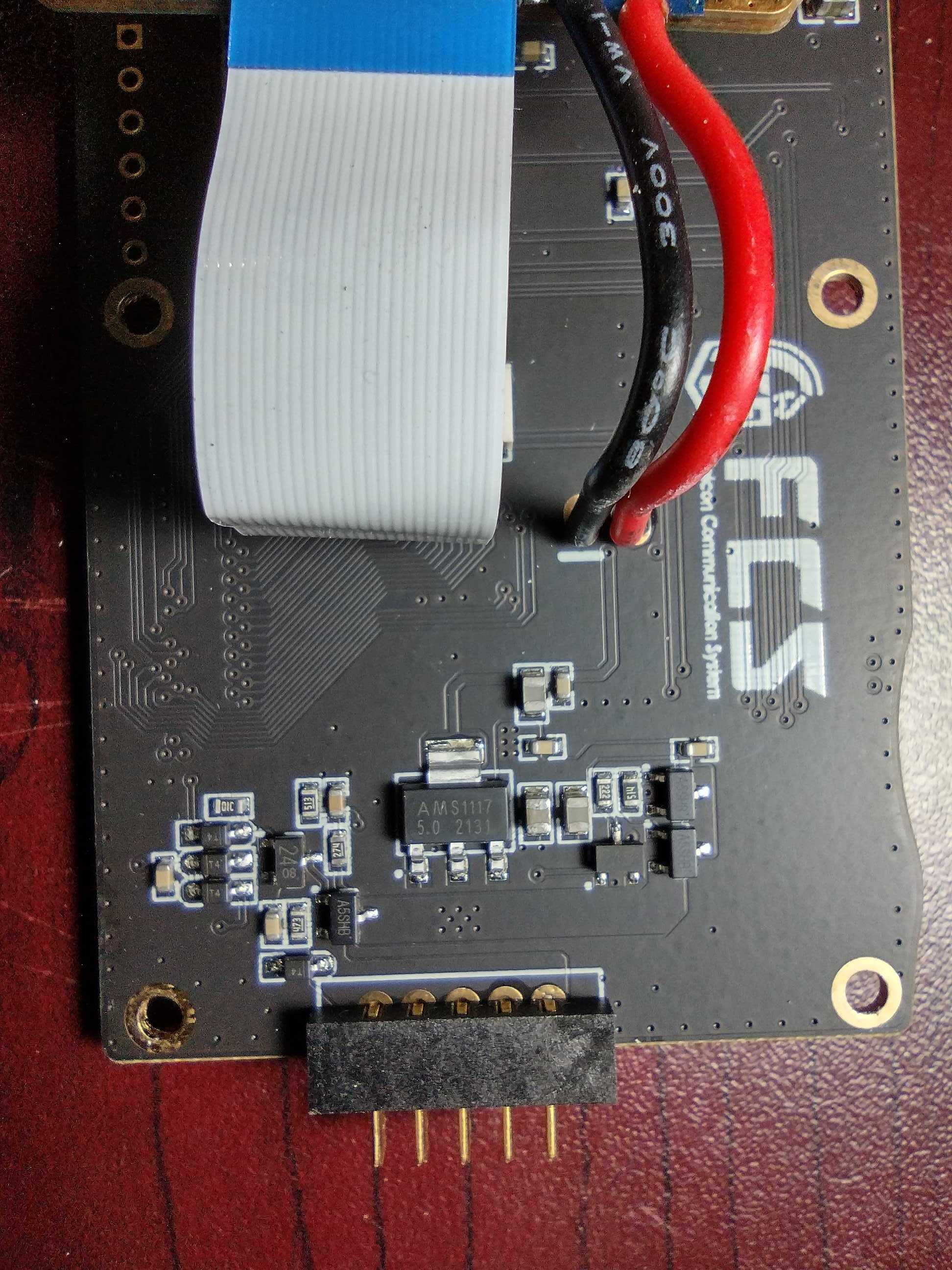 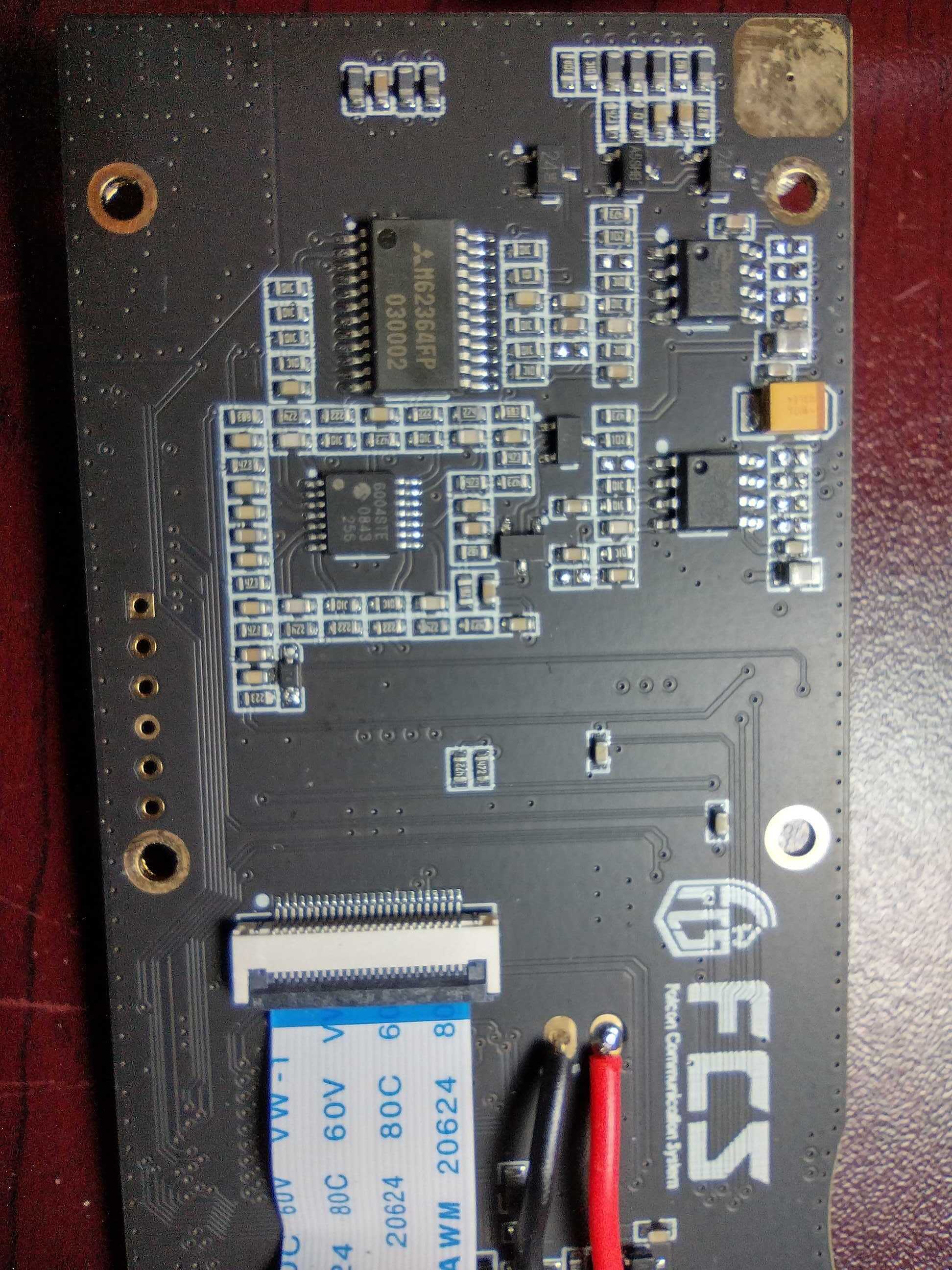